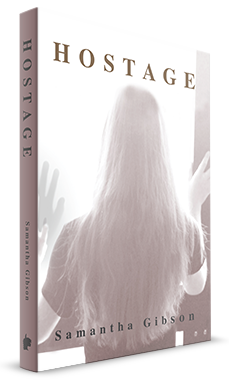 High school is hard enough without the constant barrage of people pretending to be your friend because your father is rich, but that is the reality 17-year-old Serina Ange faces every day. After an exhausting day at school, she is on her way home when out of nowhere a masked man appears and kidnaps her.

Serina’s first thought when she wakes up in a strange place is that she was taken for her father’s money, but was that really the kidnapper’s motivation? As the days and weeks go by, Serina becomes conflicted with the relationship she has formed with her captor. Meantime, some kids at school are getting closer and closer to figuring out what happened to her, and mounting a rescue. But what if she doesn’t want to be saved? 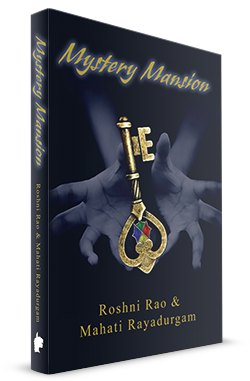 by Roshni Rao and Mahati Rayadurgam

Four young girls, Reyna, Vic, Amy, and Skyler, became orphans when their families died in the same plane crash they survived. When they learn their guardian plans to send them to an orphanage, the girls decide to run away. They end up at Mystery Mansion where they must embark on a quest to defeat the person who laid a curse on the mansion, discovering their past along the way.

Fifteen-year-old Mohana Prasad is as normal as an Indian girl can be. She is barely five-foot-three, and has a hopeless crush on the most popular guy in school. But there is something that sets her apart from the millions of other girls in the “background.” She has a way with words.

After winning a contest, she becomes the head songwriter for Jamie West. The pop superstar used to be Mohana’s best friend; but now that she has become famous, Jamie doesn’t have time for Mohana, leaving her feeling like an outcast. That is until Mohana gets the opportunity of a lifetime.

Will Mohana triumph and show everyone who doubted her why she deserves a spot on the stage? Or will she fall and crumble to the pressure like hundreds have done before her?

Imagine being locked inside your house for seventeen years, not being allowed to open your windows, or go outside. That is the reality Eva Anderson has lived with her entire life. When she finally finds the courage to venture out—breathing in the fresh air, and experiencing the feeling of grass under her feet for the first time ever feels amazing. So does meeting the love of her life; but her bold move risks the trust and bonds she has with her family. Hold on tight as you come along on Eva’s amazing adventure.

With Red Skin vanquished, Hazel and Blood River have raised a family and started a life of peace and tranquility. But one morning, a group of all-too-familiar creatures invade Ashinders and raze the city to the ground. Told from the perspective of Hazel’s descendants, the children must now trek across the valley to fi nd a new home for themselves and the remaining survivors. They soon fi nd out that this voyage entails more than expected when their group is attacked by a mysterious force. The group now must fi ght for survival against not only nature, but the demons Hazel failed to kill as well. Embark on this journey in Demons Returning, the thrilling sequel to Demons Unfolding.

The 6th grade is flying to South America to visit the Amazon, and Amber can hardly contain her excitement. Coming along on the trip is her collection of stuffed animals, a notebook filled with facts about the Amazon, her best friend, Raya, her teacher, some chaperones and the entire 6th grade class. She can hardly wait until the plane touches down and she can begin her adventure.

by Ellie Abood and Aashna Kshirsagar

Princess McKenna Monakean has always felt like she and her older sister, Claire, would never get along. But when a ghost comes to haunt them, that changes everything. The girls must work together to eliminate a threat to the future of their kingdom. Will they figure out what a relative from the past is trying to tell them in time?

Demons aren’t real, they are a myth, the center of a nightmare. That’s what I believed too until they burned my village and terrorized my people and family. They took my sister, Moonlight, but I’m going to save her, to get her back. When demons attack the village of Ashinders and kidnap Moonlight, Hazel and her best friend, Blue Fox, set out to rescue Moonlight and seek revenge on the demons. But revenge is no walk in the park. Along the winding journey of this book, danger, betrayal, and heartbreak lurk in the shadows. What is Hazel willing to sacrifice to get her sister back? Her village? Her trust? Her best friend? Herself? Find out in this first part of the journey in the Demon Saga trilogy. 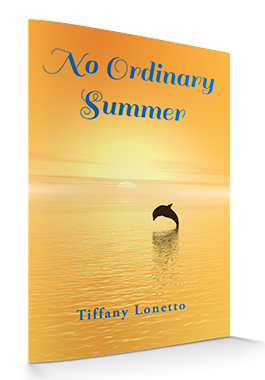 Imagine having a younger brother diagnosed with stage IV lung cancer at the age of ten. Imagine your parents separating because of the diagnosis, and you being left with you father and two brothers living in a rundown old beat up apartment with barely enough money to pay rent. This is what Carly Anderson has to fight through every day. When her brother, Carson, makes a list of what he wants to do before he dies, it helps the family come back together. Read No Ordinary Summer to find out how much sorrow and strength the Anderson family has.

13-year-old Melody Potter has decided to escape from the horrible reality of her life, but she doesn’t want to run away alone. So, she convinces her best friend, Autumn, to come along. At first, they find themselves on a memorable adventure, enjoying their new found freedom. However, shortly after arriving in New York City, the careless choices they make—that were driven by mental illness, depression, and anxiety—cost them big. Will a trusted adult come to the rescue in time to save them? Find out in this debut novel by teen author Kayla Jarppi. 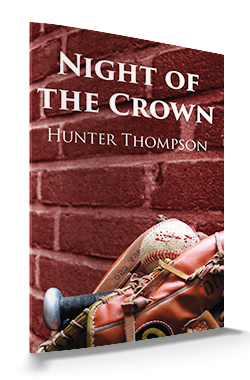 Night of the Crown

Hunter Thompson is a student at Wayzata High School in Plymouth, Minn. In addition to creative writing, his hobbies include theater and following Minnesota’s professional sports teams. He enjoys watching the Twins (MLB), Timberwolves (NBA), Vikings (NFL), Wild (NHL), and Minnesota United (MLS) compete. He also follows the national football and rugby teams of Wales, and he plays rugby too. In addition, he is in the concert choir at his high school, and he enjoys studying languages. Thompson speaks Welsh and English, and is learning German.

Teen author Vivian Olson takes readers on an adventure that begins when Ela is awakened by a phone call informing her that her mother is in the hospital. When Ela arrives to see her mother, it isn’t long befire she finds herself hospitalized instead. Ela then sets off on a journey—that takes place in her dreams—to find the cure for her disease. Along the way, she walks into a cardboard tree, gets proposed to by a prince, and finds out the dark truth about her “wonderful” Aunt Sophie. Will she discover the cure in the words of her Diary before it’s too late?

As he sits in a hospital room pondering the meaning of life, 16-year-old cancer patient Morgan Wright comes up with an idea that will have a huge impact on the friends he will soon leave behind. He decides to write a letter that will be delivered to Thomas, Toby, Abby and Raven after he is gone. What is in that letter and will his friends fulfill his bucket list? In his debut novel, teen author Carter Heintz explores the importance of good friendships, and taking the time to enjoy the little things in life while you still can.

Single mother Lorraine Sky has had her son, Joey, taken away from her. Desperate to get him back, she teams up with her ex, Joey's father, to find him. Joey is found, and as he grows up, he begins to lose himself in a way, until he meets Estella James, a girl whom he falls in love with very quickly. Tragedy strikes and breaks Joey, causing him to run away to New York to make it as a musician. As he reaches international fame, an important figure from his past, a dead man named Lewis Ebbs, is brought back to life for one day to save Joey's life and return him to his family.

November Harris, who thinks she is a regular teenage girl, meets Ace Montego, a boy with a secret. As November starts to uncover bits and pieces of Ace's past, she gets sucked back into a world of supernatural beings. November learns that she is not human. She is something else entirely, but will her relationship with Ace last? Will love really conquer all?

by Kody B. Nelson

In this debut novel by teen author Kody B. Nelson, an extremely dynamic, not to mention schizophrenic rabbit, embarks on a journey through space and time with his best friend. At first, the trip is uneventful, but when Billford Fuzzies and Joey Darns break one of the sacred laws of the universe... and time itself... the story takes a strange twist.

What will Billford’s punishment be for crossing the dimensions in a way never deemed fit? 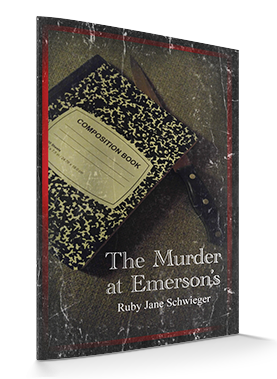 For Eva, a student at Emerson's Boarding School, her eighth grade year started normally. But when rumors start going around that a student got murdered, she wants to get involved. She soon finds out this mystery is much deeper and darker than she expected. 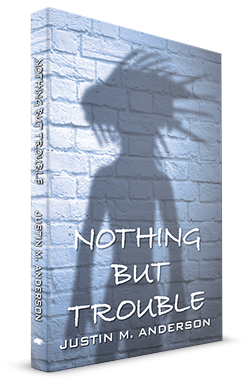 Pharmaceutical CEO Wilbur Watson is in a race against time. He must find a test subject, and fast, for a hastily developed cure for cancer. It is just what he needs to save his company, Helix Remedies, which has been plagued with problems.

Meantime, Kyle Maxon has been in and out of hospitals more times than he cares to remember. He was diagnosed with cancer at the age of 7. Now 16, he has come to terms with the knowledge that he is probably going to die. Shortly after a fight with his parents, he ends up at the local diner, planning to drink his sorrows away with a chocolate malt.

When their paths cross, Wilbur and Kyle finally have the one thing they've both been lacking... hope... but is it merely an illusion?